Day 1:
We woke up late, and left Thunder Bay Around 7. We got to the East Access point around 830.  I had planned on Spending Hours Building the Trail in. But after a about 10 minutes in the bush, we found the old trapper’s trail. The Trail led up to the road, but the ditch had overgrown. There was no flagging tape, and i suspect the trapper kept it that way. Besides opening up the Ditch to get through we left is unflagged. We then took about 20 minutes and cleaned up the trail, allowing us to bring the Canoe and gear down.

The Water levels where low, It took us a bit to get started way up the swampy river but once we did we had a nice 100 meters of river paddle before entering Slush Lake. The lake was a nice site to see and an easy paddle across onto the first portage. 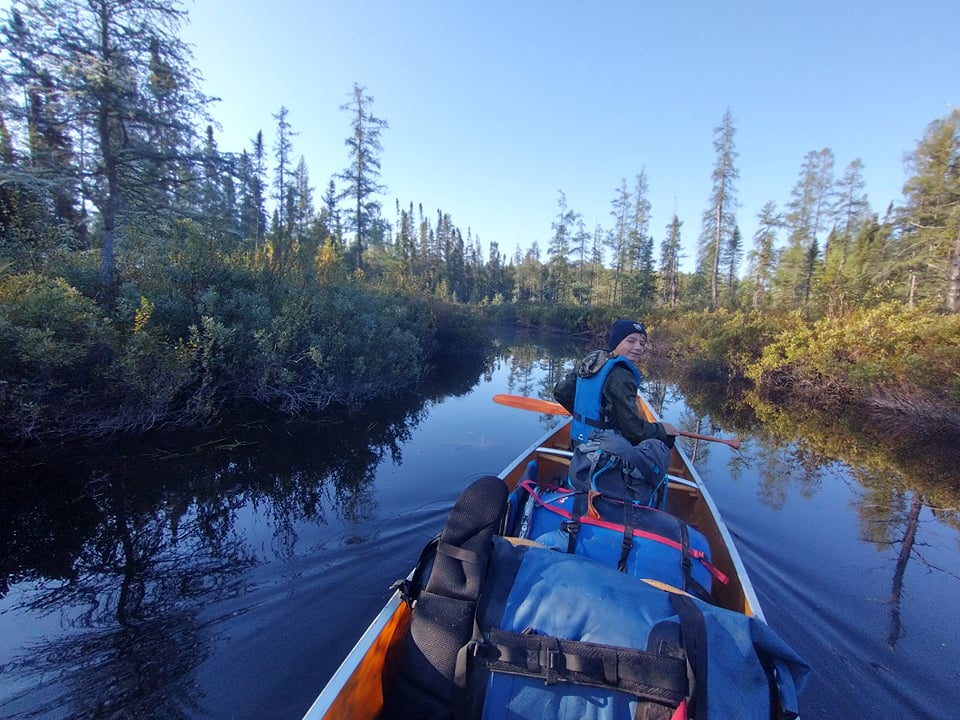 A great way to start a trp is a lovely River to Paddle Down.

The portages where not hard to find, as we just followed the riverbed. (I did later find the portage trail and recorded it) The first one is a bit tricky with wet rocks and swamp to work around but made it easy enough. 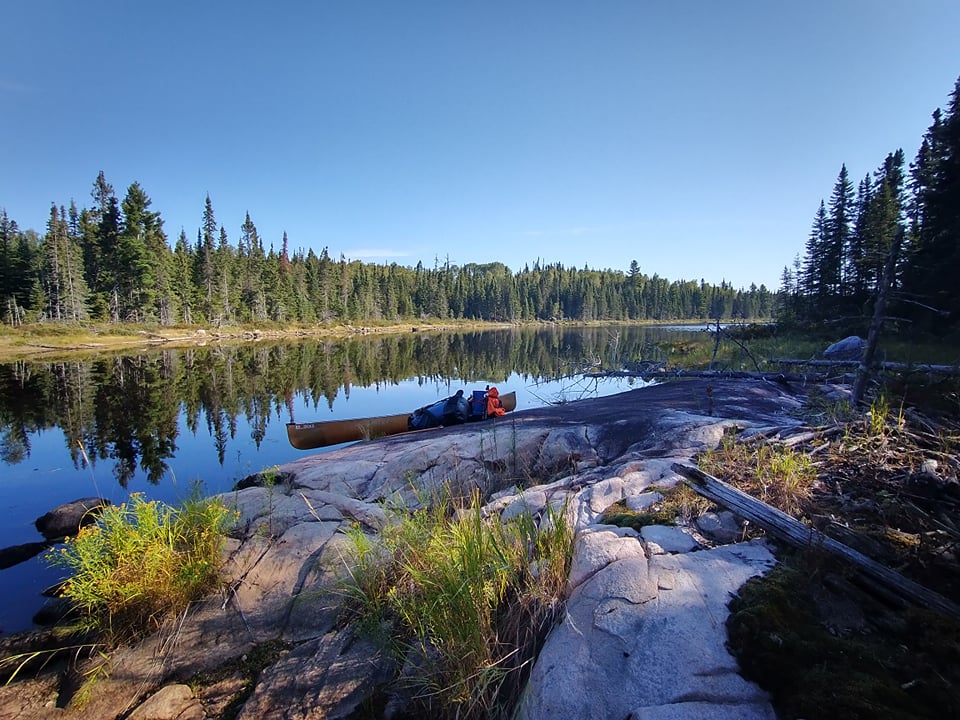 Getting on the Lake after the Portage Trail.

When we got onto Minute Lake, we where please to see some more exposed Canadian Shield, a site I love to see and paddle around. The Shores where and untouched beautiful moss-covered rock. I was pleased to bring my nephew on his first Canoe trip to such a lovely paddle. 10 minutes later and we went From Minute Lake onto a swampy river by passing a very beautiful portage. There are two routes to choose, Rather then cram the canoe down the Trees I took the Dry Riverbed over it as it was faster and more open. Easy to get the Canoe through. And then took the portage trail back to enjoy the scene. 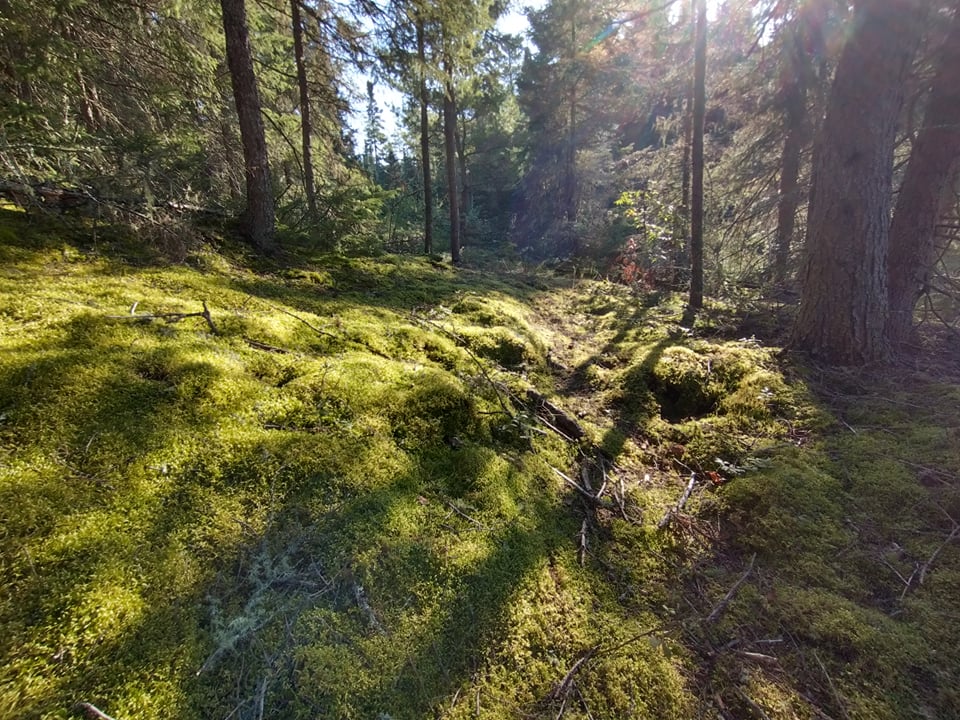 After minute was a swamp, we had a Calf high swamp to wade through. After a few hundred meters we noticed a trail that led over this river onto Greenwood. Less than 2 hours into our trip and we where on our main lake. 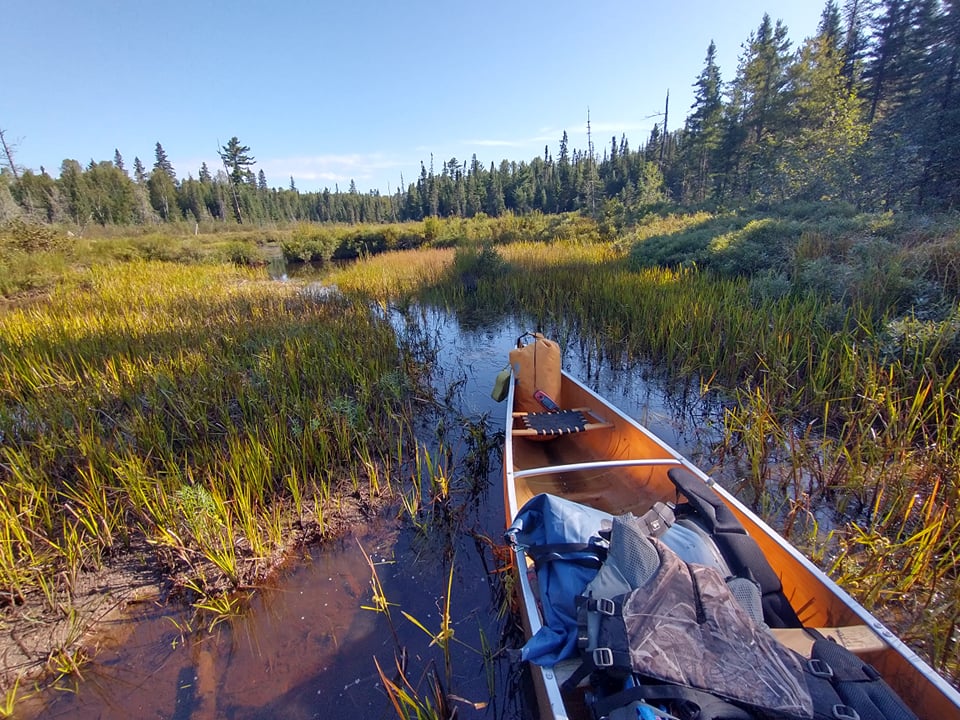 The start of swamp river, during late season and later down the river its almost not passable in side the boat. 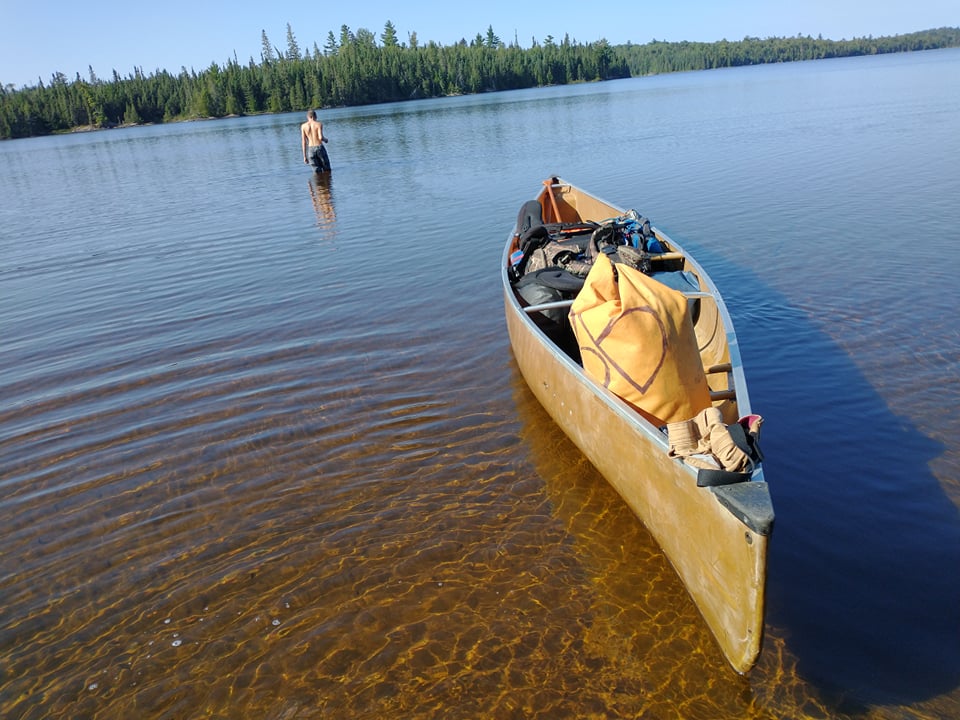 Beautiful beach to swim at on Greenwood Lake

The short trail ended a sandy shallow water beach. It went out for 100 plus feet only knee high, and at 9 am I had a pleasant swim among some freshwater clams. It felt good to rinse off from the swamp. We then spent most of the day Traveling the Lake, and when I saw that I mean we took every shoreline/channel and island we could, in and out we went looking for camps and trails. 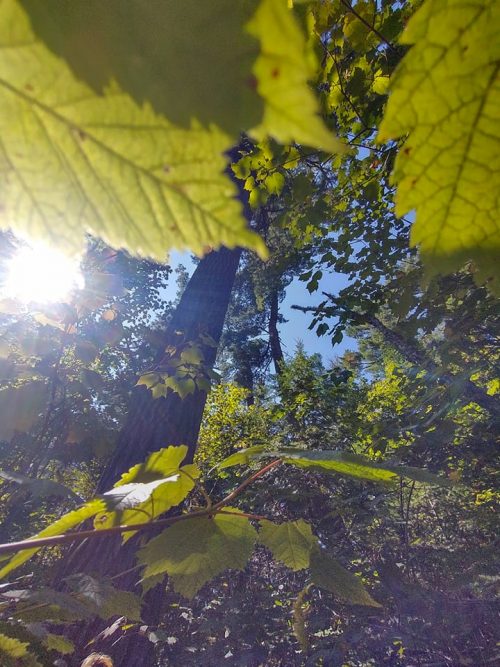 The Tall 200 year old pines stood out. They towered, twice as tall as the nearest tree, truly nothing like it. We needed to find a good camp spot, and after all the research I have done, and the back roads maps, I had a rough idea where they where… or so I thought. 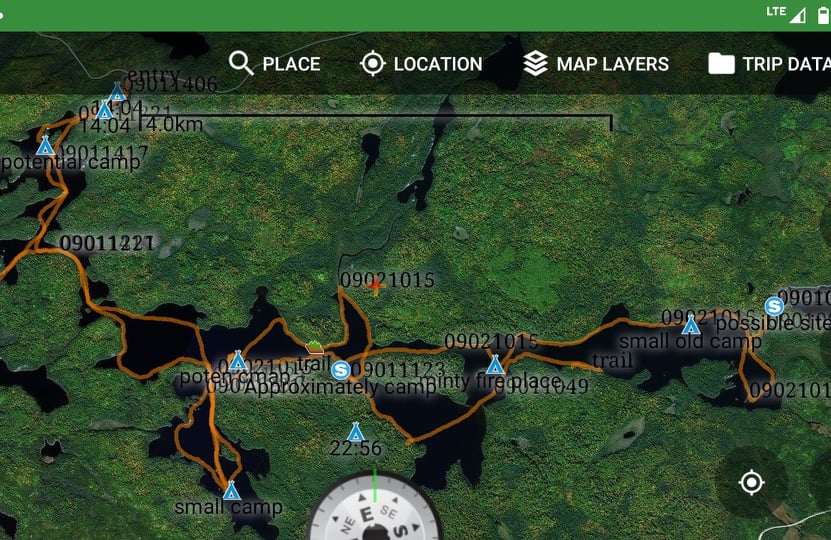 The map book was so very wrong. All the camp spots where on small island. As to not disturb the beautiful old growth. They have not been used in 20 or so years from what I can tell. Nature took it back. What where once Firepits, where now just a moss-covered pile of rocks, Tent spots had new small trees on them. Our map shows every spot we found with evidence of a camp. We Chose to camp on a small island in the south center channel. The first camp spot also looked promising. 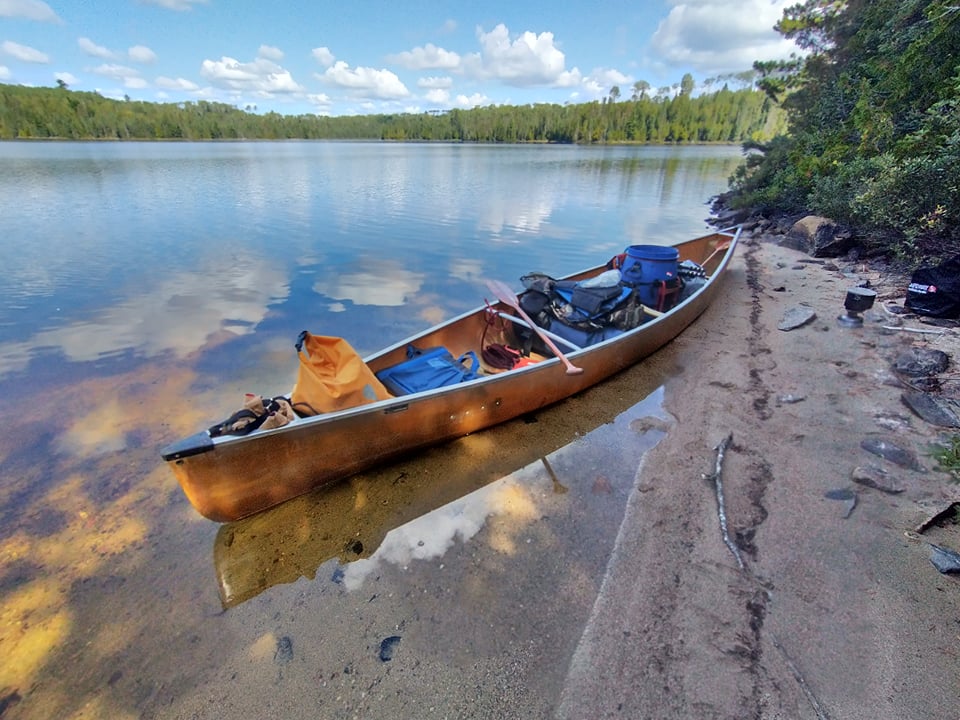 Beach spot at Greenwood Lake has some amazing Swimming Opportunity.

Be prepared to work and clean up the camp sites. Fires need to be rebuilt, and tent pads cleaned off. It would not take much to re-establish this beautiful route. 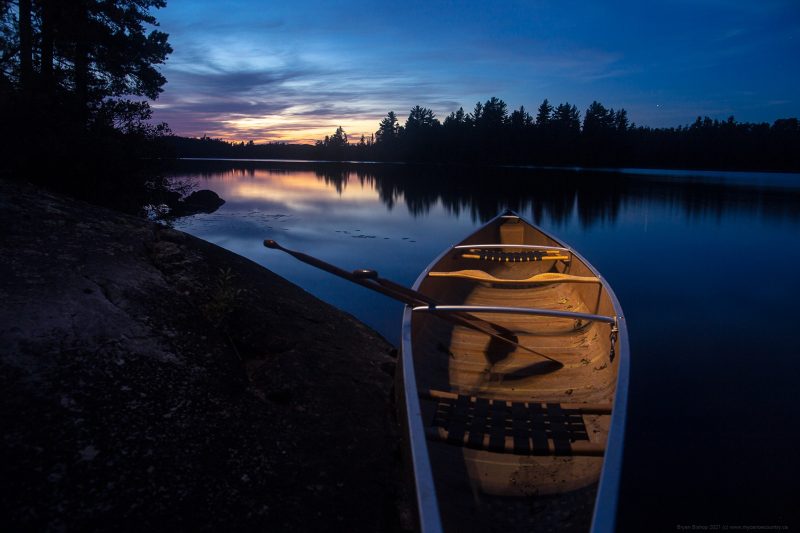 Playing with the Camera on Greenwood

After we found our camp spot, we then worked up the lake to the West north and south channels, We found the second access trail and cleaned it up. Without knowing where to look, you’d not find this from the road. After exploring, we went back to camp, made a fire, cooked and relaxed. I later spent my night taking photos. While a Snapping turtle hunted for dinner right next to us.